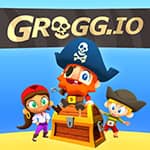 Grogg.io is a hilarious 3D multiplayer pirate adventure game. Set out with your friends and explore the seven seas in your pirate ship. You can sail all over the world, discovering new islands and hidden treasures along the way. Wage war against the other pirate crews and follow the markers to search for the buried chests of pirate loot. Dig up the booty and drink a lot of grog to become the greatest (and drunkest) pirate captain to ever own a boat! 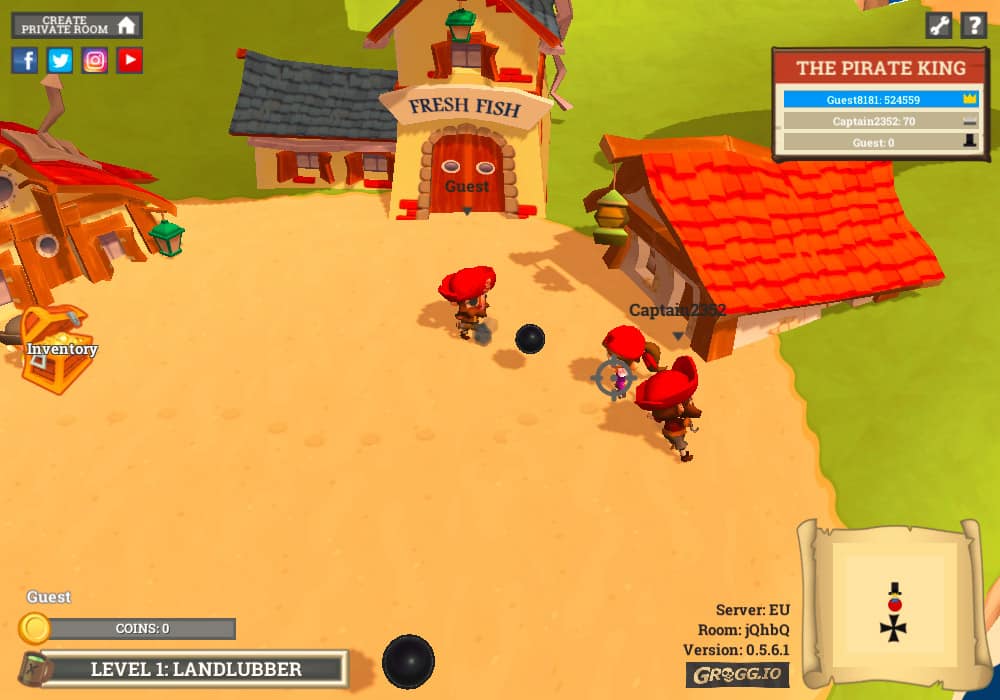