Moon Defender is a challenging shooter game in which you have to defend your moon base during an intense meteorite shower. Blast away all the falling meteorites before they hit the surface of the moon. The meteorites are coming down fast, so fire bullets to intercept them at the right moment. You can score bonus points by blowing up multiple meteorites with a single shot. Watch out, because it won’t take all too many meteorite strikes to crash through the moon’s surface and cause a lava flood to wash over your space base! 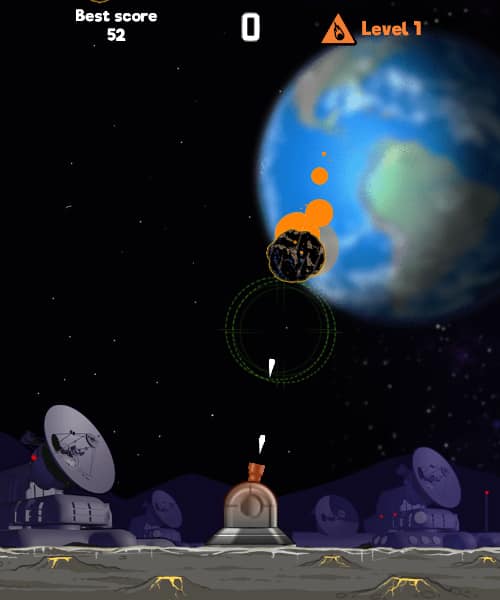