About Tennis is War

Tennis is War is a fun sports game in which you have to run to the right position on the court to catch and return the ball. The spot where the ball will bounce is marked by an X. Run to hit the ball with your racket. After a number of shots, you'll have saved up enough energy for a powerful shot. Use the space bar to set the direction in which you want to hit the ball. Score a point and switch sides. After you defeat your opponent, a new player will appear. Try to collect the coins that pop up while you play. 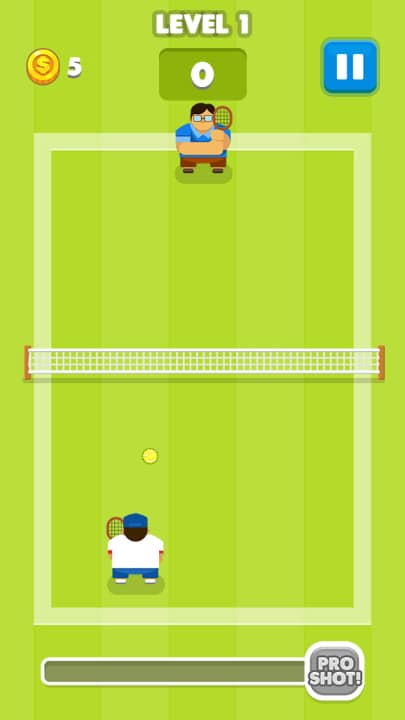