Uno Heroes is a nicely designed Uno game in which you can play the card game Uno with a group of superheroes. Choose your own superhero and play Uno against one, two, or three other players. Take turns to draw cards and put your playable cards on the discard stack in the middle. The first player to get rid of all their cards wins! Use the action cards to thwart other players. Don't forget to press the Uno button when you're down to your last card, or you'll be forced to draw extra cards as a penalty! 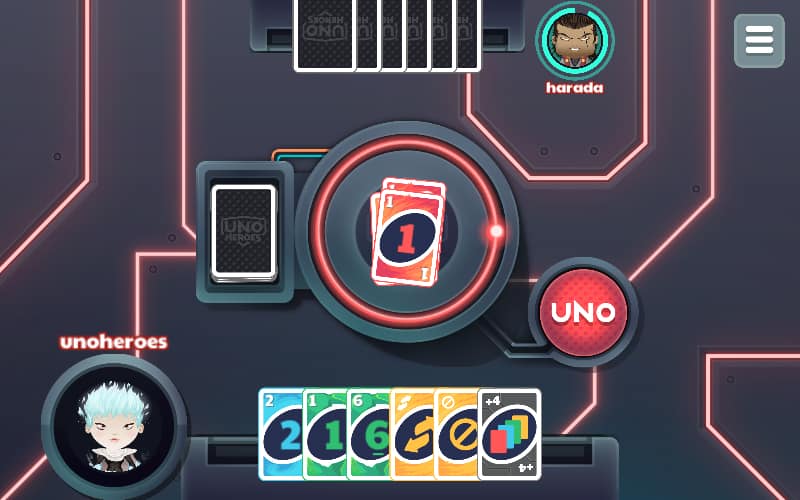