Hobo 1 is the first chapter of the Hobo fighting games series. Players can roam the streets with a homeless man and beat up anyone who gives him trouble. Hobo has a number of different fighting moves that players can unlock as they advance through the game.

Players can press P to view the fight move menu. The main character can also pick up items from the street, such as bottles and trashcans, and throw them at his assailants. 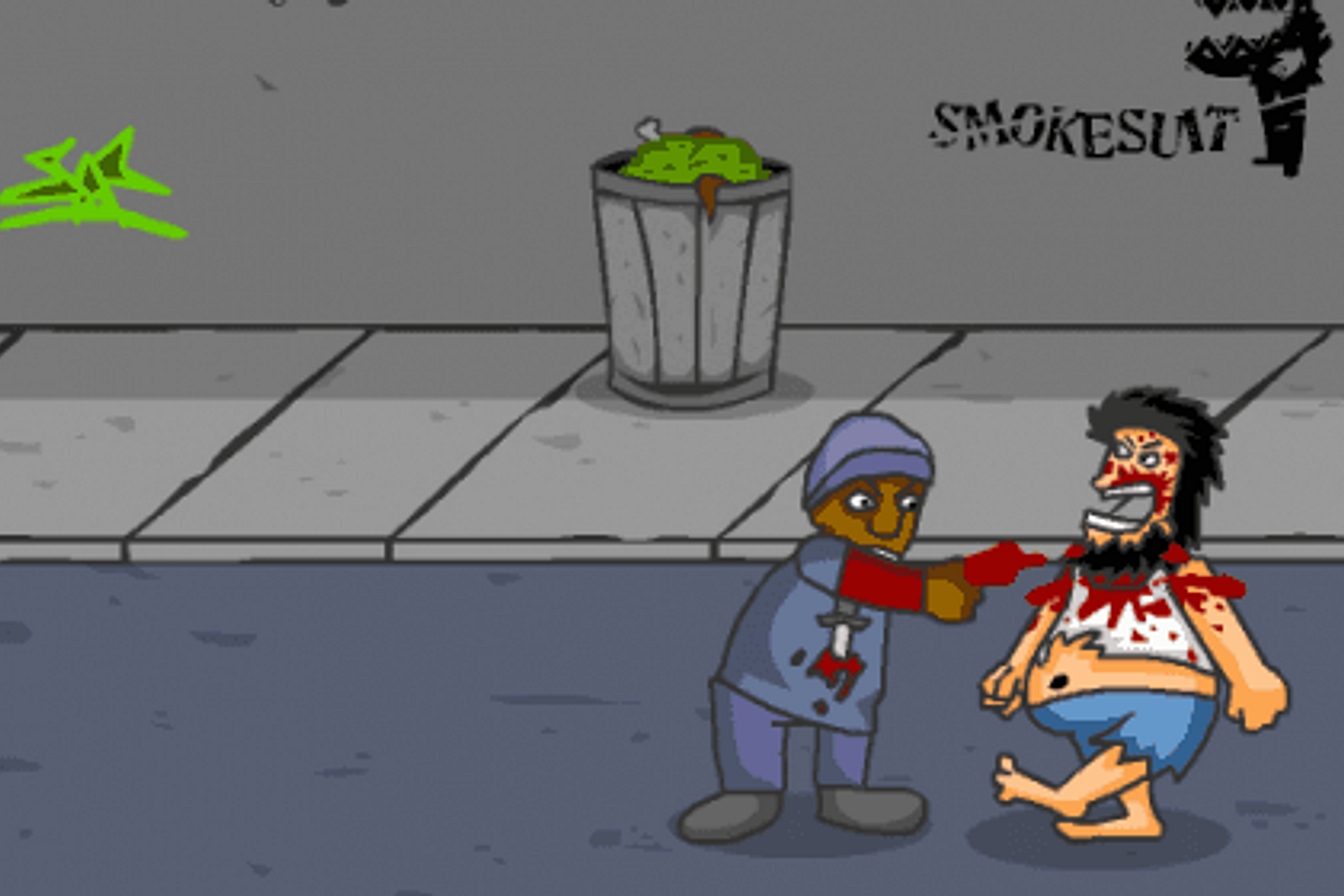