Flipping Gun Simulator is an original jumping up game in which you have to fire the spinning gun to leap higher and higher. Shoot when the gun barrel is pointing down and the recoil will make your gun jump up. It doesn't matter if you send your gun hurtling off the sides of the screen, your gun will just appear on the opposite side. Just make sure you don't fire when you gun is pointing up, or you'll launch yourself into the abyss! Collect the purple bullets to refill the chambers, otherwise you'll run out of rounds to shoot. Try to collect as many coins as you can. How far will you get? 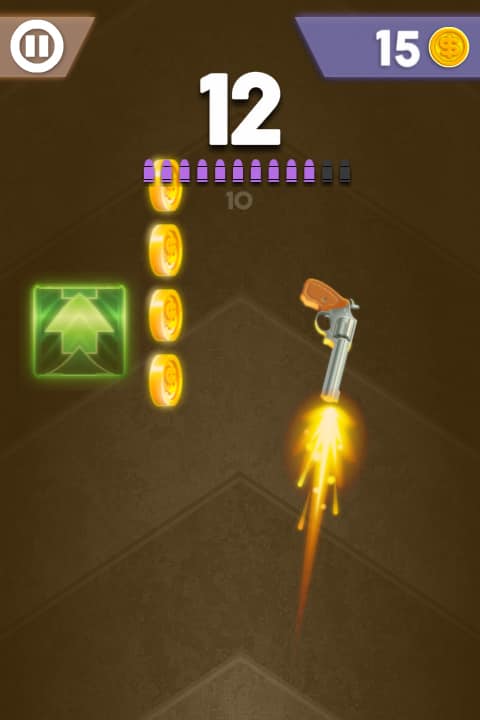